No lifestyle embraces that phrase quite like the RV lifestyle. That's why RVers are out there -- to embrace our big, beautiful country in all its outrageous originality. And what better way to do that than to explore some of the fun, madcap, zaniness that lurks on our nation's byways?

Here are ten of the biggest and best roadside attractions out there. Some of them are majestic, some of them are mysterious, some are just plain fun. Add them all to your RVing bucket list! 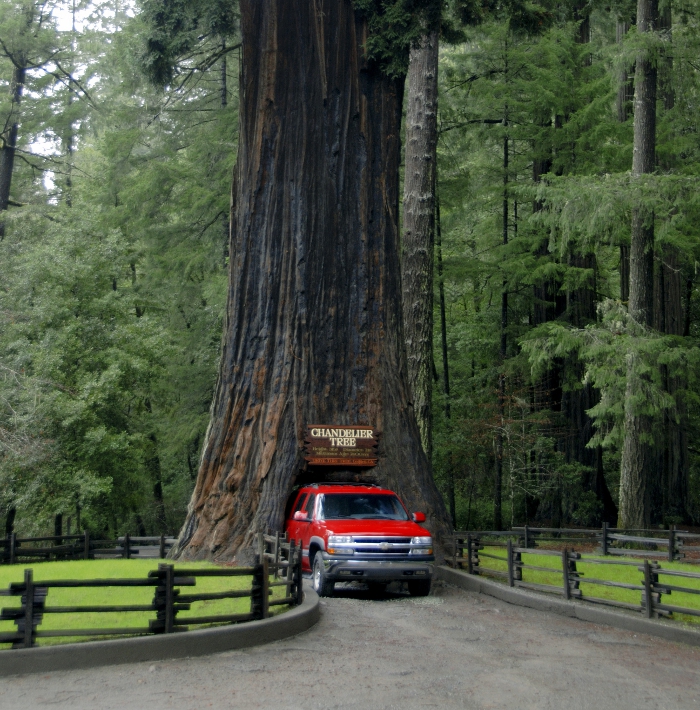 The Chandelier "Drive Thru" Tree - Kick your bucket list off in a big way by visiting one of the world's biggest trees. How big? Big enough to drive a car through! The Chandelier Tree in California is a living, 315 foot tall Redwood with a tunnel carved right through it. Found at the Drive Thru Tree Park  north of San Francisco, the venerable tree was turned into a living monument to America's love of travel way back in 1937. Tourists have been amazed by its size ever since. 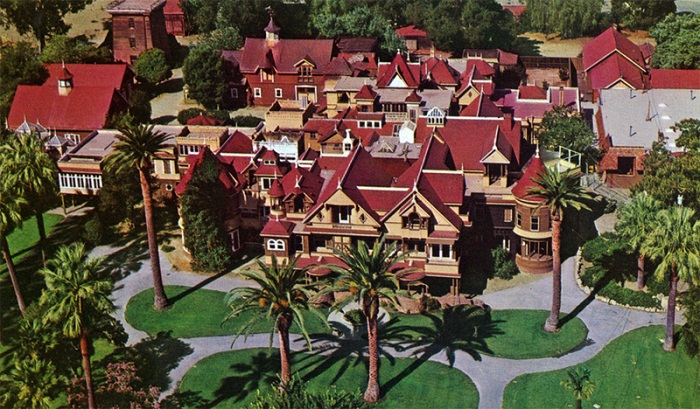 Winchester House - Built by the widow of famous gun maker, William Winchester, the sprawling complex of the Winchester Mystery House is said to be an attempt at appeasing and fooling the avenging ghosts of all the people killed by Winchester rifles. Started in 1884, the house was built after a psychic told Sarah Winchester that she would only be safe from the wrath of the angry spirits as long as the house was under construction. The resulting structure is a maze of rooms, stairways that lead nowhere, turrets and odd switchbacks that has become a tourist attraction. 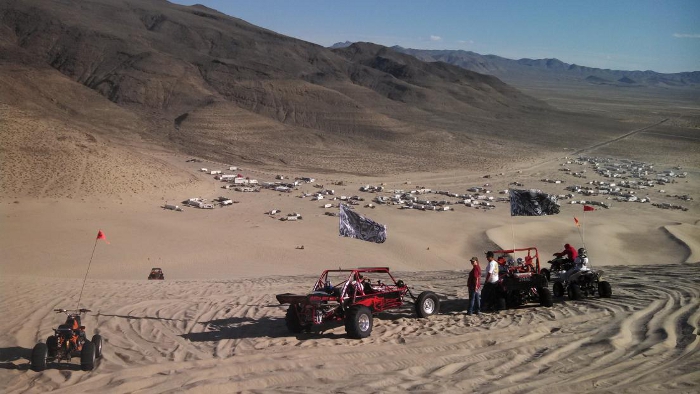 Sand Mountain - Out on the last heartbreaking leg of the old Emigrant trail lies an unexpected jewel. Bordered by steep mountains on three sides and unforgiving salt flats on the fourth, a golden sand dune surprises visitors traveling on U.S. Highway 50. Thirty miles east of the little town of Fallon, Nevada, the dunes that form Sand Mountain are nearly two miles long and over 600 feet high. If you climb to the top of the dune and then turn around and slide back down, you'll hear a haunting moan as the mountain actually "sings." 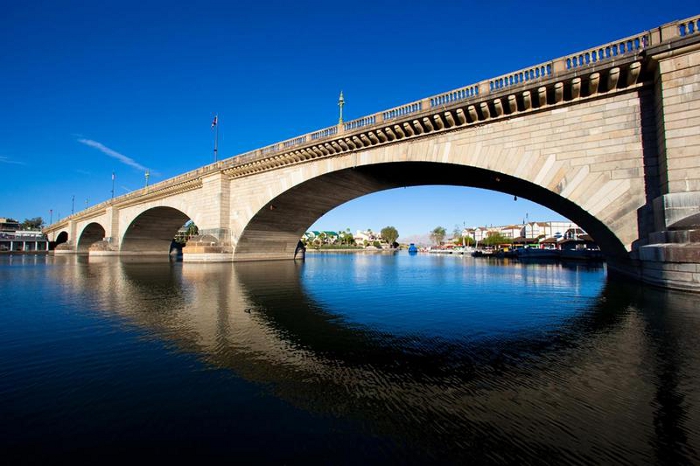 London Bridge ... Arizona? - In 1967 London Bridge really was falling down, and the City of Lake Havasu bought it! Not a replica, the real London Bridge was dismantled piece by piece in England, shipped through the Panama Canal and then reassembled in the Arizona town. The world-famous bridge now spans the Bridgewater Channel and is Arizona's second most-visited tourist attraction, topped only by the Grand Canyon. 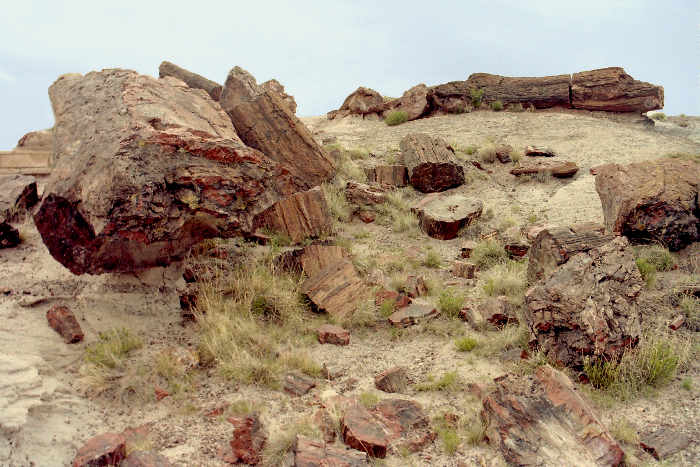 The Petrified Forest - The Petrified Forest National Park is a road-side attraction 225 million years in the making. The park is dotted with the petrified remains of fallen trees that lived when dinosaurs roamed the earth. Other fascinating fossils found at the park include ferns, ginkgoes and giant phytosaurs. 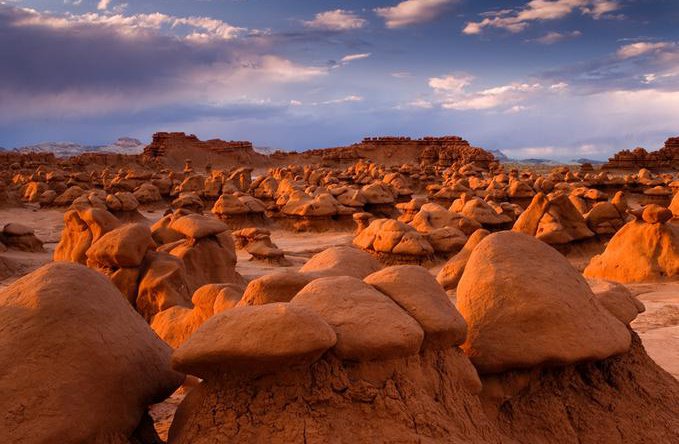 Goblin Valley - You may not be able to travel into outer space in your RV, but you can visit a National Park that played the role of an alien planet in a Hollywood movie! The eerie, mushroom-like rock formations of Goblin Valley State Park, 50 miles south of Green River, Utah, made the perfect "alien" backdrop for the intrepid space explorers in the movie, Galaxy Quest. 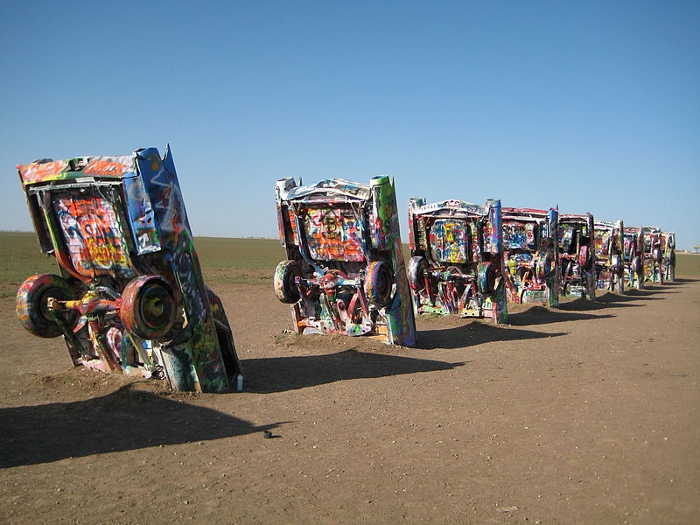 The Cadillac Ranch - This ranch really does grow Cadillacs. In 1974, members of the Ant Farm art group planted ten old Cadillacs into the soil outside of Amarillo, Texas. The face of the installation piece is always changing, as passing tourist are encouraged to add their own artistic touches. So, bring some spray paint!

Junkosaurus Wrecks - If whole old cars aren't your cup of tea, then move on to the wild creations of Mike Goggans. Goggans is the creator of Junkosaurus Wrecks, a 21-foot reproduction of the dinosaur king which can be seen in Fort Payne, Alabama. This dinosaur, unlike the original, is made completely out of recycled junk. 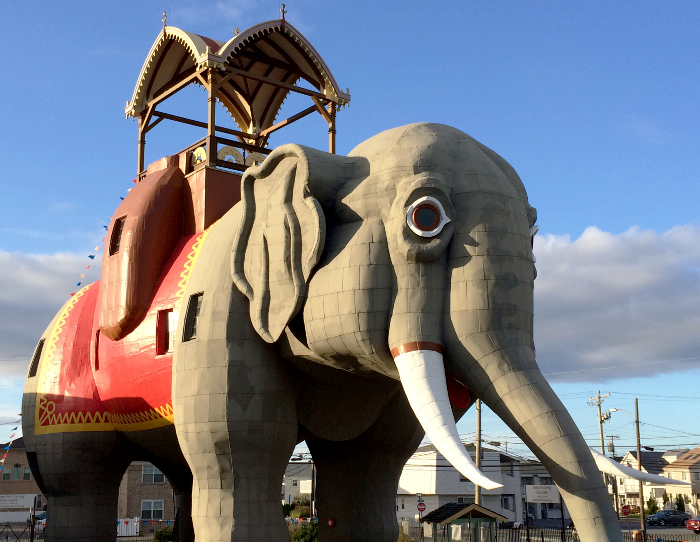 Lucy, The Elephant - Lucy is the much-loved mascot of the town of Margate, New Jersey. Built in 1881, the six-story, wooden elephant was designed to bring tourists to the town, and still does. Poor Lucy was nearly demolished in 1969, but was given a reprieve when the city of Margate formed the "Save Lucy Committee" and gave her new life. 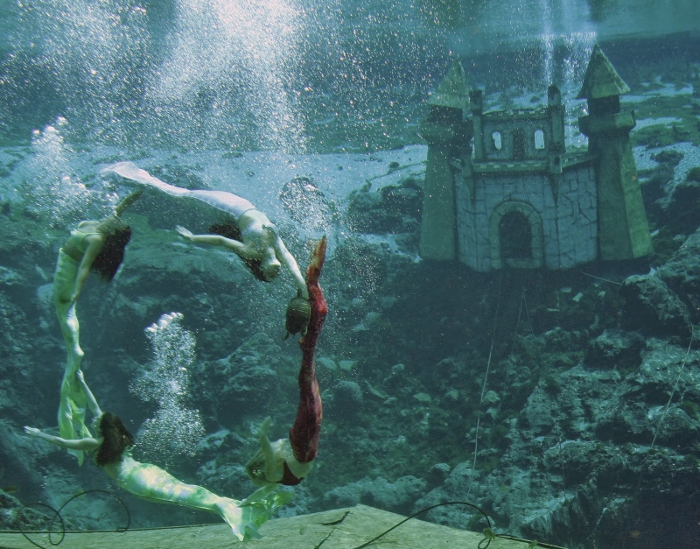 Real, Live Mermaids! - Our bucket list ends with a real flight of fantasy. Mermaids! At the Weeki Wachee Springs State Park in Weeki Wachee Springs, Florida, you can attend daily shows and see live mermaids as they swim and swirl in a giant tank of water. Look closely and you'll see that not one of these lovely ladies is wearing an oxygen tank!

Now you know where to go, so get that RV packed, grab your map, and head out onto the road. There's a world of wonders out there just waiting for you to explore!

More in this category: « 11 Ways to Hit the Water in Fort Myers 10 Unique Museums To Visit In Florida »
back to top
© Copyright 2020. Cypress Trail RV Resort | Developed by Emcc Web Design