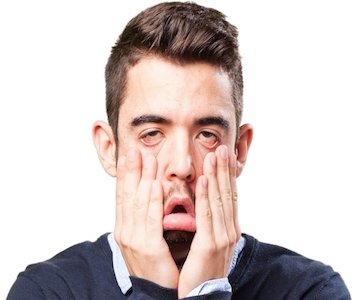 Would you get behind the wheel of your RV if you were legally drunk?

Would you get behind the wheel of your RV if you were sleep deprived?

Maybe, and sometimes when you don’t even know it.

But is tired driving dangerous? Is it irresponsible? Maybe as much as driving drunk, according to studies by the Transport Accident Commission, a government-sponsored agency in Alberta, Canada. Research by TAC finds that fatigue plays a roll in as many as 20 percent of all traffic accidents — even more in rural areas.

Sleep-related fatigue may come even if you’ve had a full night’s sleep. Being awake for a long time before hitting the road — so you can leave after your shift ends, after soccer practice, or after traffic thins out, such as at night — can impair your alertness and reactions. Being awake for 17 hours has the same effect on a driver’s capabilities as having a blood alcohol content of 0.05 percent, or about three or four drinks, TAC found. And a driver who hasn’t slept for 24 hours suffers impairment similar to those with a blood alcohol content of 0.1 percent —more than enough to make a driver legally drunk.

You may or may not recognize the symptoms of fatigue. You’re likely to have difficulty maintaining speed — risky in heavy traffic. Faster, slower, faster again.  That’s not good, and you know it. You may be irritable and less patient. You may find yourself slamming the brakes because you didn’t react in time, or because you over reacted. Maybe you just yawn a lot. You may cramp up or generally feel stiff. Do you remember the last mile maker or passing a familiar landmark? Did you wander partially into another lane?

OK, you figure, “Speed control will maintain my speed.” It will, even after something happens that requires you to hit the brakes. If you’re too fatigued to have noticed, you keep barreling toward disaster, just as if your foot is still on the accelertor. And chances are, if you were too fatigued to recognize that, you won’t pick up on other dangers, either.

To fight fatigue, observe these practices:

But most importantly, get a good night’s sleep before you travel. The human body can’t fight sleep forever. A buildup of chemicals in the brain will eventually win out, causing you to fall asleep. You want that to happen at a rest stop or while someone else is driving — not in the left lane at 65 miles per hour.