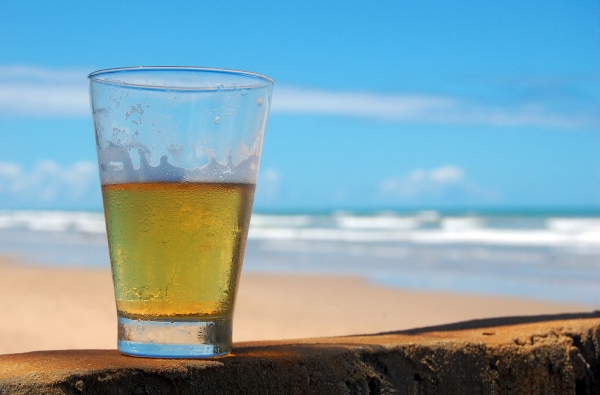 Summer is a great time to sample craft beers from micro breweries in the Clearwater-St. Pete area, and there are quite a few.

OK, honestly, if you like beer, any season is good for a brewery road trip. Many brewers craft some of their beers especially for different seasons, so you’re bound to benefit from a variety of choices if you repeat the trip to one or several of the breweries.

The St. Pete/Clearwater Craft Beer Trail includes more than 30 microbreweries. The stops, of course, make this tour enjoyable, but you want it to be safe one. Don’t drink and drive. Consider downloading the Uber app or the Lyft app to your iPhone or Android device. The apps are free and will safely get you back to wherever you’re staying. A few places on the tour offer accommodations.

If you study this link, you’ll be able to plan for hitting several of the breweries on one trip. Here are just a few highlights of the 30-plus brewery tour:

Every saloon ought to have a touch of the West, and Two Frogs Brewing Company in Tarpon Springs doesn’t disappoint.  It’s set up in a former drugstore to look like an old saloon. You’ll find such Old West touches as cowboy boots and bullhorns. Two Frogs maybe should be called Two Guys: It’s operated by a father-and-son team who are descendants of a brewer. Phosphates and cherry Cokes are no longer the staples at this counter. The tiny brewery specializes in American-style ales.

Here’s a microbrewery that operates a brewpub, so you have a choice of plenty to eat while you enjoy whatever beers are on the menu. Beers rotate throughout the year and by season. The LagerHaus Brewery is a family operation, and that family goes back to a 17th century Austrian brewer. The bratwursts, sausages and schnitzels are all made on premises. There’s Austrian-style pasta, too, and pizza, if you’re so inclined. Beers are widely divergent. There are a Belgium Blonde, a tripel, English ales, Wild Berry Bourbon, and for the truly strong of heart, 44 Magnum, with a 22 percent ABV. Typically around 20 brews are on tap.

LagerHaus Brewery and Grill is just over 2 hours from Cypress Trail.

Try this for a change of pace: craft beer and a movie. You can savor a beer with a movie-themed name and actually watch a film. Grindhaus Brew Lab shows classic, cult and B movies on Friday and Saturday nights. Other entertainment is staged, too. There’s a BBQ restaurant attached for those with an appetite for more than beer, and sometimes the Brew Lab offers food. You can buy a four-draft sampler that includes a brewery tour.