Should You Switch Your RV Trailer to Radial Tires? 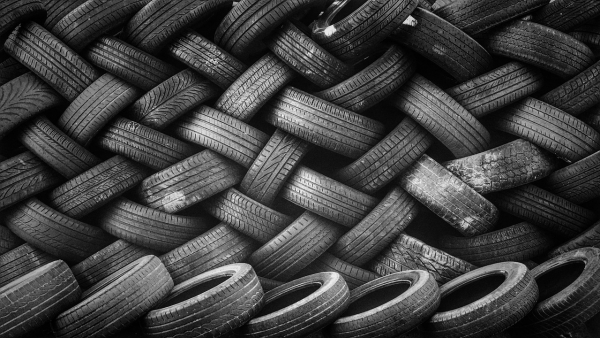 If you’re asking yourself whether you should switch the tires on your trailer to radials the next time you replace tires, there are some experts who strongly believe you should: the Recreational Vehicle Industry Association and the National Fire Protection Association.

Don’t think for a minute that the fire protection group cares only about such things as wiring safety, insulation and the type of fire extinguisher your RV carries. It was the NFPA that suggested equipping all new RV trailers with radial tires, and no longer with bias-ply units.

The RVIA, which represents 98 percent of all travel trailer manufacturing, agreed. It has been placing radials on all new trailers manufactured since September 2017 with wheels 13 inches in diameter or bigger.

The switch to radials in RV manufacturing grew from a safety report by the National Highway Traffic Safety Administration.  It cited tire failure as a major safety concern for RV trailers. All it takes is to see a trailer flip at speed—dragging the tow vehicle down with it—to give you hesitation about using less-stable bias trailer tires. In reacting to the study, the NFPA recommended radial fitments for new trailers and suggested tire maximum weight ratings at least 10 percent greater than the maximum axle rating.

The greater payload ratings are intended help to overcome failures from overloaded trailers and from the stresses created by under- and over-inflation.

New Travel Trailers Get Radials Only

The radials-only policy applies to new recreational trailers, and not even to utility and closed cargo trailers, or to boat trailers. But it makes you think, If radials are considered such a safety feature, should I dump my bias plies for radials the next time I get new tires?

You don’t have to. Bias-ply trailer tires will continue to be available at tire and RV dealers. The big question is for how long, especially as manufacturers of cargo and boat trailers begin switching to radials on new units.

Bias tires rated ST will continue to be manufactured. They are perceived to continue as a strong market for contractors, landscapers and even for boaters. But RV dealers may be tempted to stock radials only, since they’ll need them for motorhomes and trailers.

The price difference has shrunk, making radials appear to be a better bargain. And for dealers, it’s a mater of costs: It will cost less to stock radials only than to stock radial ST tires and bias ST tires.

Costs may not be so much higher that the radial switch on older trailers is discouraged. You’ll still have choices in load range, with lower prices for radials with, say, 6-ply ratings than for radials with higher-strength 10-ply ratings, and often from the same manufacturer. That difference will certainly come into play if the tires are for small boat trailers versus 30-foot travel trailers.

Like bias-ply ST tires, radial ST tires have stiffer sidewalls than non-trailer tires to promote stability and reduce sway. Radials are likely to improve fuel economy because they have lower rolling resistance compared with bias tires.

So, it comes down largely to owners of older-model trailers as to how complete the shift to radials will be. Are those owners changing overwhelmingly to radials when their bias ply tires wear out and need replacement? Just a few months after the switch by manufacturers, that’s not yet the case.

But as more dealers stock the radials and the availability of bias plies drops, the switch is likely to become broader and more thorough throughout the travel trailer market.