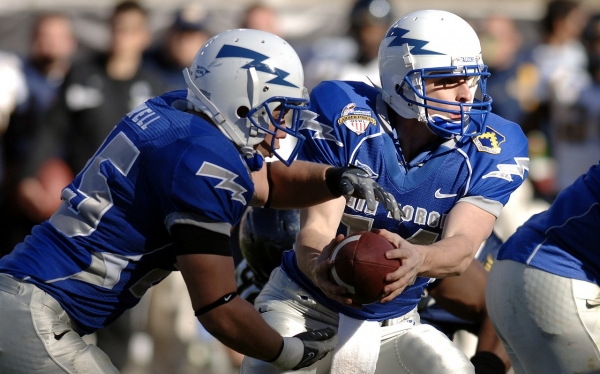 Football, between the pro ranks and the college game, is fast becoming the national pastime. With the arrival of football season, tailgating is a close second. (OK, baseball fans, we’ll make an exception for the World Series.)

Florida also is one of the few states to have multiple pro teams: the Jacksonville Jaguars, Miami Dolphins and Tampa Bay Buccaneers.

You might be tailgating outside the stadium, or you might just be enjoying good food and the game outside your RV. Either way, you want to show your team pride. Everybody has a little more fun when the colors are unfurled, and team logos sprout on everything from coolers to grill accessories and tablecloths.

Here are a few items to make your RV tailgating more enjoyable.

If you have an older RV and no outdoor TV, consider adding one to a storage cubby. Again, a swing mount will let you open the storage compartment and pivot the TV to where it can be seen. For some resistance to the elements and better daytime viewing, look for an outdoor TV model, such as those from SunBriteTV. Cost: $3,200-$3,900.

Buccaneers game sold out? No matter. Watch it on TV outside your camper. If you have an exterior TV but it’s stationary, consider adding a swing mount, such as the Crimson AV AU42. It will let you swing a 13- to 42-inch TV away from the mounting point on your RV and swivel it so you and your guests can better see the game. Cost: About $110. 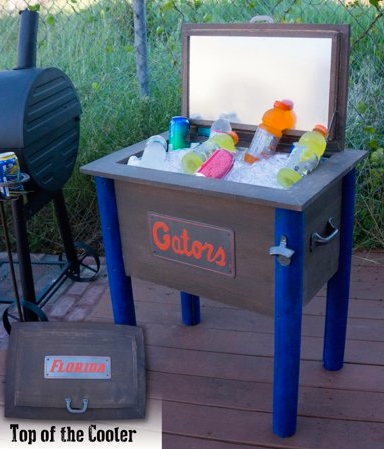 You have to quench the thirst of all those Gator fans you’re hosting, so you better have a good cooler for—well, more than Gatorade, please! Load the 54-quart Leigh Country cooler with ice and up to 80 cans or bottles. It’s insulated and has a drain valve, carrying handles and a bottle opener built in. The cooler sports Gator-orange team logos on the lid and front, with Gator blue legs. You can have it shipped by Walmart.com right to your home or to your nearest store for pickup. Cost: $160.

If Florida State coach Willie Taggart hasn’t got a new offensive scheme to put the heat on opposing defenses, at least you’ll have a Seminoles team grilling mat to keep your utensils close to the fire. The 26x42-inch mats are non-skid vinyl with the Seminole image and Florida State logo in school colors. Other teams are available, too. From Groupon.com deals.  Cost: $28.

Grab some University of South Florida tongs for those steaks—from a steer, but never from a bull, please. You can order grill utensils bearing the logos of several teams from teamtailgateshop.com. The tongs have long wood-clad handles so you won’t get burned like some cornerback who’s outrun on a post pattern. Cost: $35.