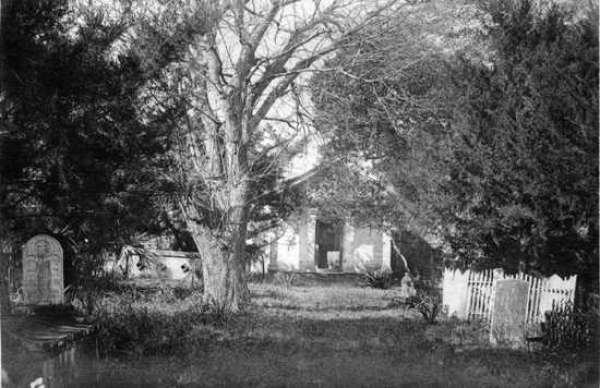 Some are walking tours. Others offer a trolley-type bus to make sure you’re not—please pardon the expression—dead tired after the tour. You can hit up a tour that’s nearby, or you can venture into another area of the state for a day or two of fun on the road.

The Don CeSar Resort, with a sprawling hotel known as the “Pink Palace” for its flamingo color and sandcastle looks, has been entertaining America’s elite—and everyday folks, too—since 1928. Tradition says the hotel’s upper corridors are haunted by the spirit of a young lady who died there of a broken heart. You can stay at the hotel for upwards of $209 a night, choosing between views of the Gulf or Boca Ciega Bay. Online reservations are available.

The St. Petersburg Ghost Tour, which costs a mere $20, is a candlelight walking tour starting at 8 p.m., Thursday through Sunday through Dec. 30. Costumed tour guides explain the haunting of the hotel and other spots in the city by its many spirits. Online reservations are available.

The drive is just 2 hours from Cypress Trail RV Resort.

Ghosts & Gravestones Frightseeing Tours visit the ancient city’s haunts with tourists on its Trolley of the Doomed. It’s a bus, so although you may be doomed, you won’t be tired. In addition to the tour guide, actors spice up the experience at some of its stops. With the ride included, it’s a good option for taking along kids and grandkids. Learn about Osceola, the great Seminole chief, and the boy in the oak tree in Tolomato Cemetery, who many believe was a victim of the yellow fever epidemic. Some on the tour say they have seen the boy. There are also the Old Drugstore, where hundreds of haunting experiences have been reported, and Potter’s Wax Museum, where the story of pirate Andrew Ransom’s gruesome death is recounted. The tour runs an hour and 20 minutes. You’re encouraged to bring a camera. Children age 4 and under are not allowed.

In addition to having an abundance of spirits—evidence has shown up on photographs, according to participants—Amelia Island is gorgeous. You’ll have plenty to do and see not just at night, but also by day on this barrier island.

Uncle Charlie, who served patrons of the Palace Saloon and died in his hotel room, still makes an occasional appearance, according to patrons. (Unconfirmed is how many spirits the witnesses had.) And a construction worker who fell to his death building the old schoolhouse is said to have reappeared and, just as he did before dying, crawled to a window and placed his bloody hands on the sill.

Diane Blanton of Amelia Island Ghost Tours leads a half-mile, two-hour tour. She shares Amelia Island history and legends. Participants are encouraged to bring cameras and reorders. Reservations are available by phone (904-548-0996). Friday and Saturday are public tours—$20 age 16 and over, and $15 age 15 and younger; other nights are available and considered private tours, with prices available at the phone number.

Amelia Island Trolleys Ghost Tours form at 7 p.m. each Thursday, Friday and Saturday at the Fernandina Beach Marina parking lot. (Fernandina is the town’s original name.) Tours run an hour. The tour guide points out where paranormal activity was reported in the old town and downtown historic districts, and in Bosque Bello Cemetery. Reservations are by phone (904-753-4486), with 10 people total required for a tour. A special tour Monday, Oct. 22, ends with treats at the Amelia Island Museum, which is the old jailhouse. Tickets, available from the bus driver, are $16, ages 12 and older, and $11 for children.

Amelia Island is just under a 6-hour drive from Cypress Trail.